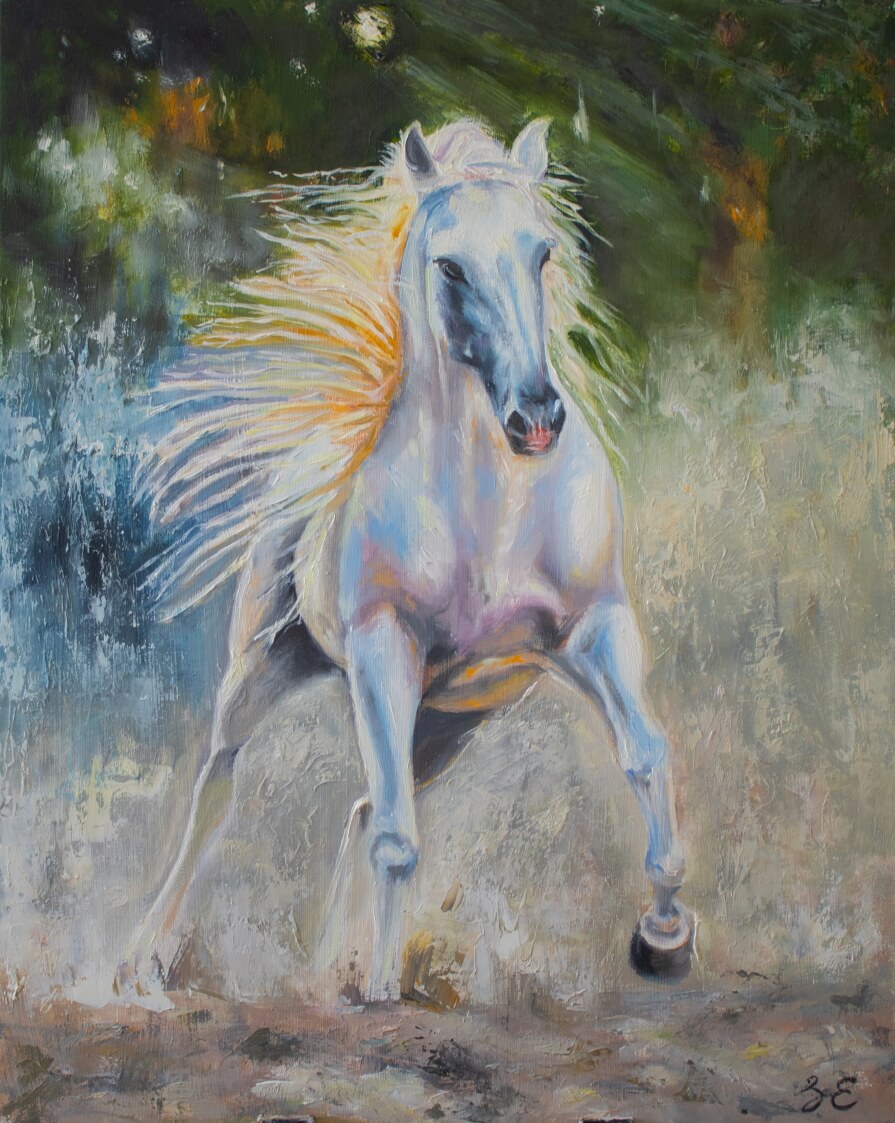 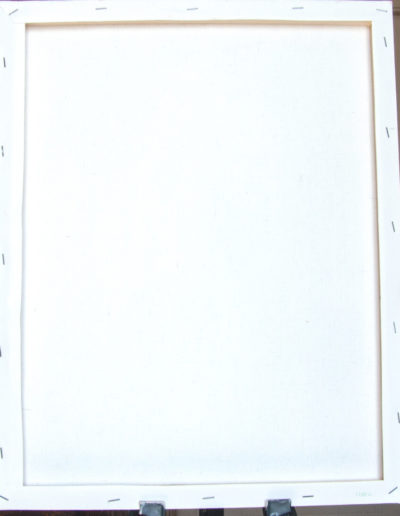 White galloping stallion: the artist was prompted to create this painting by a special warm attitude towards these beautiful large animals. The artist herself is a good rider and gets along very well with horses. Often about trips to Lake Baikal, she rides a horse along the shore of this beautiful lake. Towards the wind at a gallop of a galloping horse and I! The white horse is a rare color that comes in two forms — true white and albinism. In both cases, horses with white coats show abnormalities and diseases that make breeding difficult. In history, there is only one more or less successful experience in creating a breed with completely white horses — in the 16-17 centuries in Denmark, but due to pathological processes (primarily infertility), it was not possible to consolidate the results. Currently, light-colored horses are found in many breeds, but their cases are rare, which makes them even more valuable. Handmade oil painting.

See other paintings by Evgenia Zragevskaya here: Lamb of god

Since ancient times, horses of this color have been included in mythology and endowed with unusual qualities or skills. Most often, these animals represented the side of good and helped the heroes get out of the most difficult situations. Many gods either rode on white horses, or themselves transformed into these amazing creatures. The appearance of a white horse in different cultures: the winged snow-white horse Pegasus in Greek mythology was the son of Poseidon and Medusa the Gorgon; also the Greek god of the sea could create white horses from sea foam; Sleipnir is the horse of the Scandinavian god Odin. In addition to the white suit, he could boast of eight legs and enormous growth; in the Slavic culture, the priests used the white horse to predict the future by his step; in Persian mythology, the deity Tishtriya (Sirius) took the form of a white horse for 10 days of each month; among the Hindus, the chariot of the god Surya was driven by seven stallions, and the demigod, emerging from the depths of the sea, incarnated in the form of a white horse with seven heads; among Christians, George the Victorious riding on a white horse kills a demon, and Jesus must also return to Earth on a white horse during the second coming; among Muslims, the prophet also moves on a horse of this suit. The white horse in many cultures has been a symbol of purity and goodness. In the era of the Middle Ages and the Renaissance, all noble knights were depicted riding on white horses. Many books and paintings are dedicated to these animals.