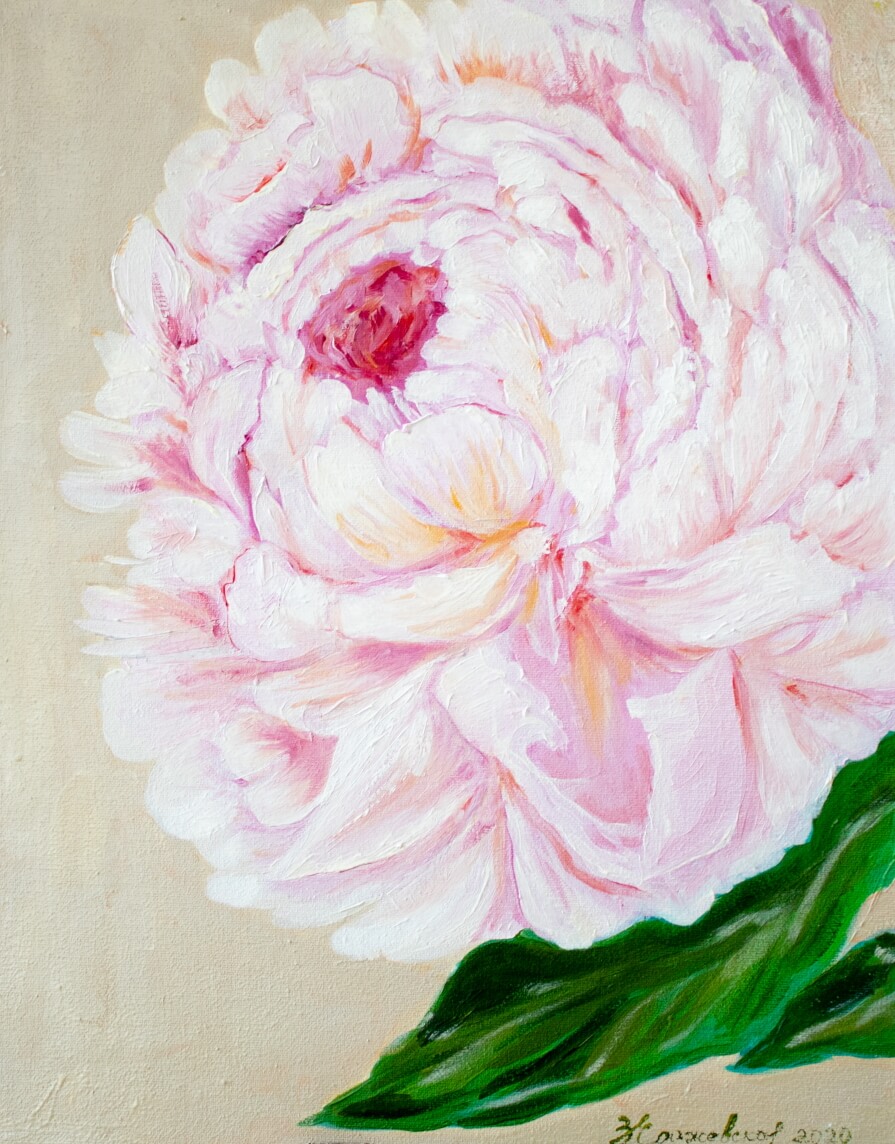 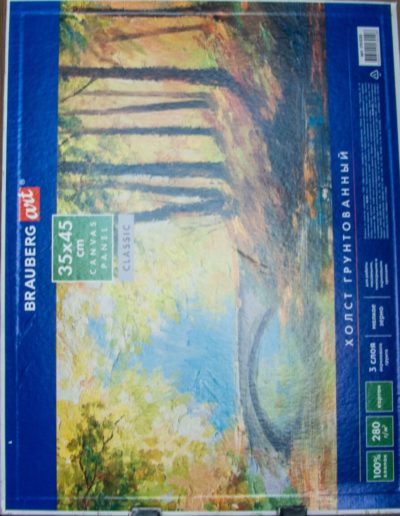 Peony is a very beautiful volumetric flower. Oil paintings will turn out to be soft pink in color and a rather luxurious image. I like these flowers for their picturesqueness and richness of shades. Against the background of a dark wall, such an interior painting will create a beautiful light spot. And the psychological environment will become warmer and calmer.
Peony is the oldest plant. It so happened that the ancient peoples (Egyptians, Babylonians) laid gardens in which plants brought from other countries were specially grown. The Persians and Greeks cultivated the gardens for educational purposes. It was in those days that the first descriptions of the peony are found. The history of peonies. The peony is a truly luxurious flower. It has long been worthy of the artist’s canvases and palace halls. No wonder he is considered the king of all colors. In its beauty and splendor, the peony competed with the rose. He was loved both in ancient Europe and in ancient China. Legends were made about him and wonderful properties were attributed to him. For example, in Greece, a description of beads made from pieces of peony has been preserved, which has been worn around the neck since infancy. It was believed to heal and scare away evil spirits. Handmade oil painting.

In China, even 1500 years ago, the peony adorned the imperial gardens. Skilled court gardeners were already breeding new varieties. Surprisingly, the common people were not allowed to grow peonies in their garden. It was a very expensive flower and is still considered a symbol of wealth and nobility. Nowadays, giving it means a wish for good and well-being.
Japanese gardeners have developed many tree varieties. It was then that a special flower shape was obtained, which was later called «Japanese».
Until now, in the East, the peony is considered a flower that kindles passion. Young girls are encouraged to keep it in the room to attract love.
In ancient Rome, scientists mentioned this flower in their writings as a medicinal one, and described in detail for what diseases it should be used. Almost all the healers of the ancient world prepared healing potions from the root of this flower. To this day, a well-known tincture of peony roots, which has a calming effect, helps with sleep disorders.
In ancient Greece, the peony flower was considered a symbol of longevity. There is an opinion that it got its name from the Greek word «paionios», which in translation sounds like healing.
In Russian history, there is a mention of the fact that in the 16th century peonies grew both in monasteries and in the royal gardens. It is believed that Peter 1 brought them to Russia. Then they were distinguished simply — species with ordinary flowers were used for medicinal purposes, terry varieties were grown for decorative use. To the Far East, and then to Siberia, the peony comes from Japan.
At the beginning of the 19th century, the mass conquest of Europe by peonies begins. New varieties of this flower come from China to the territory of modern England, France and the Netherlands, which immediately win the hearts of European gardeners.