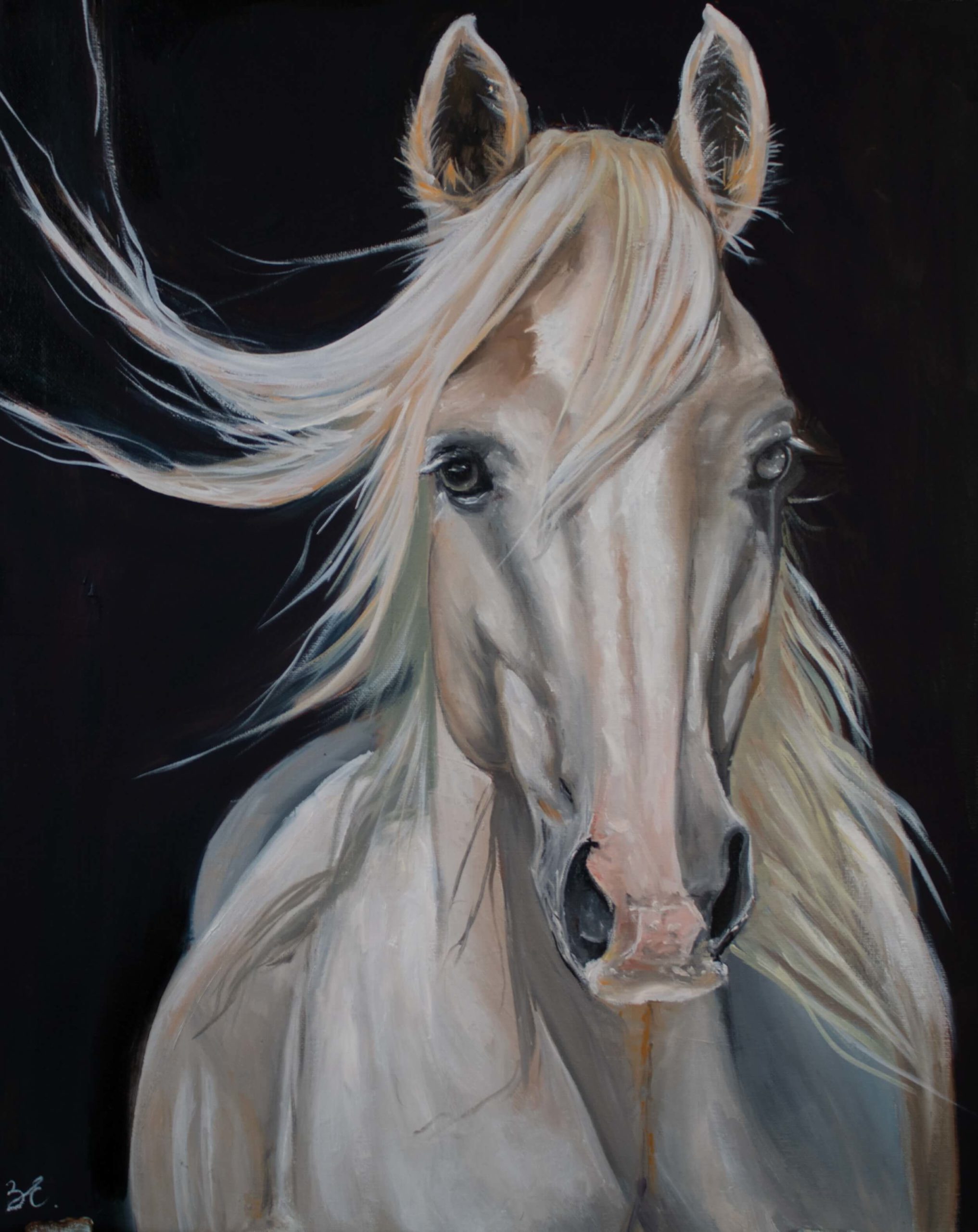 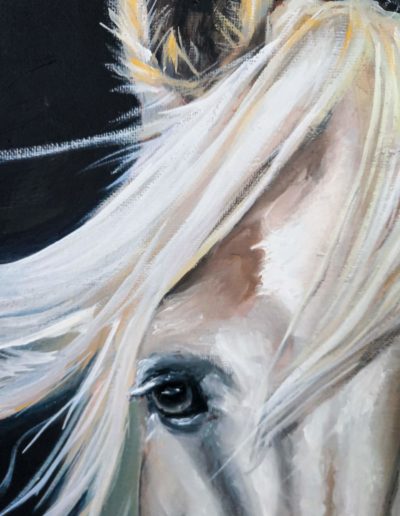 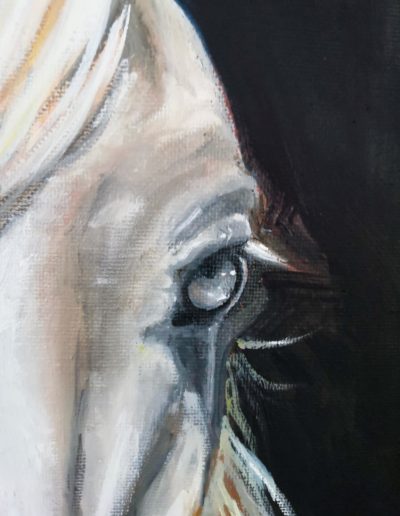 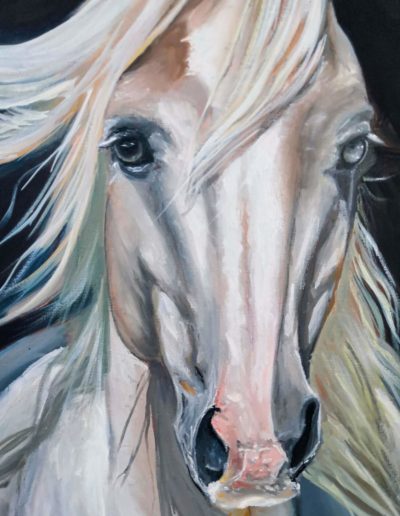 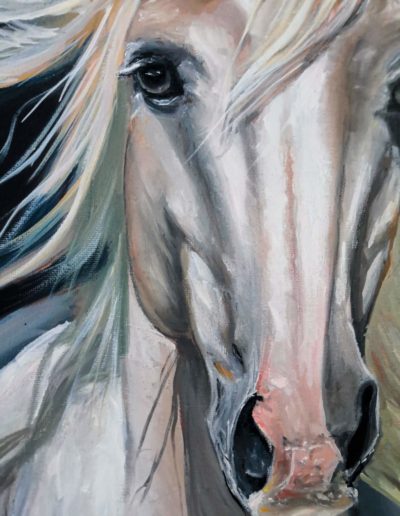 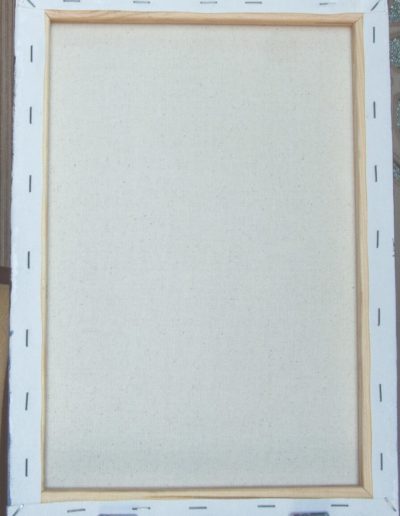 White mare — oil painting on canvas was created in memory of the beautiful mare, which the artist rode during his vacation in a distant taiga village. The horse was fast, picked up speed rapidly and looked great!
Handmade oil painting.

In a taiga village, cut off from civilization, there is only one place that a person can go to without resorting to public transport — the taiga. There is nowhere else to go. All life is twisted around the taiga. She, darling, provides both work and daily bread.

In the absence of roads, animal-drawn transport is of particular importance. Naturally, there are snowmobiles and boats with motors, some have tracked all-terrain vehicles, but still, the horse remains the main means of transportation in the taiga.

Surprisingly, in summer, the white mare, like other horses, is practically not used by the locals. Probably, the reason for this is the huge amount of midges, which closes the entrance to the taiga more reliably than impassable swamps, impassable thickets and hills with steep cliffs.

The abomination eats all living things — both a man and a beast, and … a horse. From spring to the end of summer, all the Preobrazhensky equestrian livestock and the white mare are on free grazing, i.e. the owner does not feed and is not driven into the yard. Horses live on their own: they dash around the village to and fro, then they rest on the banks of the river, then, suddenly getting up, headlong rush through the streets in the direction of the taiga lake.

At the end of summer, a person has the opportunity to go to the taiga for firewood, mushrooms, berries. It is then that the owners begin to catch their horses and drive them into the yards and stalls.