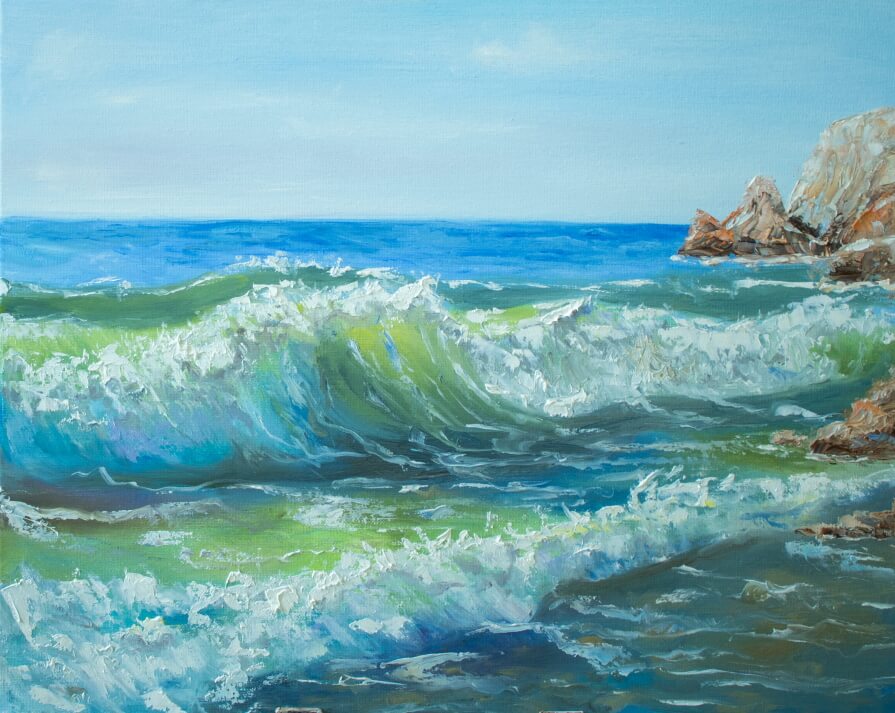 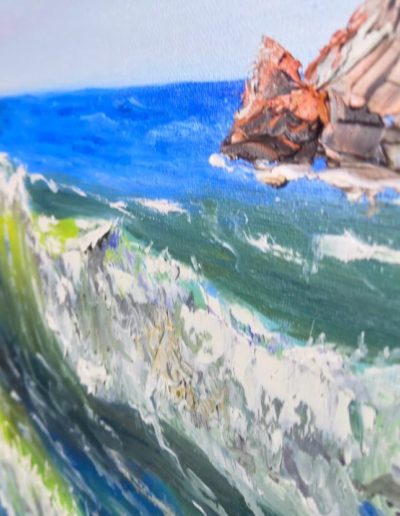 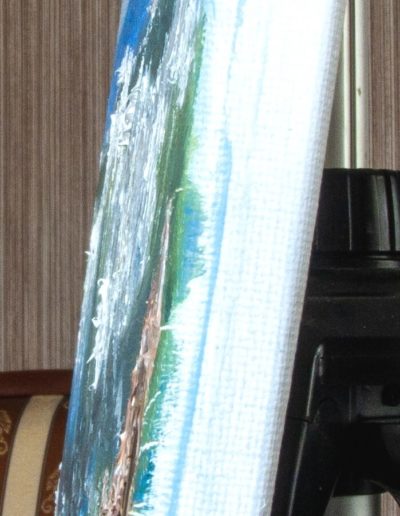 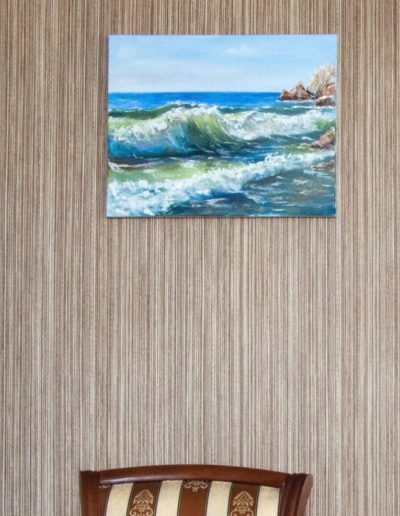 Sunny sea is an oil painting created by me from memories to France last year. The whole world was swept by the coronavirus pandemic and many countries closed their borders. Therefore, I managed to make a creative trip to Northern France. Despite the troubles of humanity. the nature and the sea were really great. The sun’s rays shone through the waves running onto the shore and made them superbly picturesque. This play of the sea wave and the sun became the co-authors of this painting, unusual for me.

Sunny sea has always attracted and will attract a person. It matters too much for life on this earth. It is too beautiful, generous and mysterious. The sea helps to cleanse and revive, to rethink your life, symbolizing at the same time the frailty of existence and the permanence of changes, reminding of this and reconciling with the fact that it has been and will always be so. The sea symbolizes space, endlessness and, as a result, infinity. The sea is so huge that the shores are not visible, it is not known what is beyond the horizon. The sea promises hope for a better life, but nothing promises. Handmade oil painting.
The sea is a symbol of freedom, which cannot be truly used, since it dictates its own rules, sometimes not announcing them in advance, but simply putting them before the fact. The path is wide and open on one side, but it is full of dangers and risks, since there is no way to rely on your feet, which are firmly on the ground. Here, in many ways, one has to surrender to the will of the elements, and the sea is a powerful, changeable element, easily crushing courageous seekers.
The mysterious sea has always attracted people. The symbolism of the sea, indicating other worlds, stems from the unknown about what is beyond the horizon. Very often, upon reaching other shores of the sea, sailors found other peoples that differed from them both in appearance, culture, and mentality. Because of this, the word «overseas», which has the same root with the sea, is firmly associated with other worlds, where everything is different than in their native places.
The sea never stands still. Even if it is calm, underwater currents still flow, they still slightly splash and roll waves, eating the footprints in the sand. The sea is a symbol of constant dynamic movement, as well as a symbol of transient life, change and lack of stability and, in some cases, betrayal. The image of the changeable sea is very beautifully reflected in this picture — the Sunny Sea.
Sunny sea is a symbol of the keeper of deep secrets and secrets, intuition, emotions, feelings, mental perception and subconsciousness. The sea keeps in itself all the events of bygone times from the moment of the birth of life. Diving into the sea means looking for answers to exciting questions, revealing secrets, looking for truth, trusting yourself and your intuition.