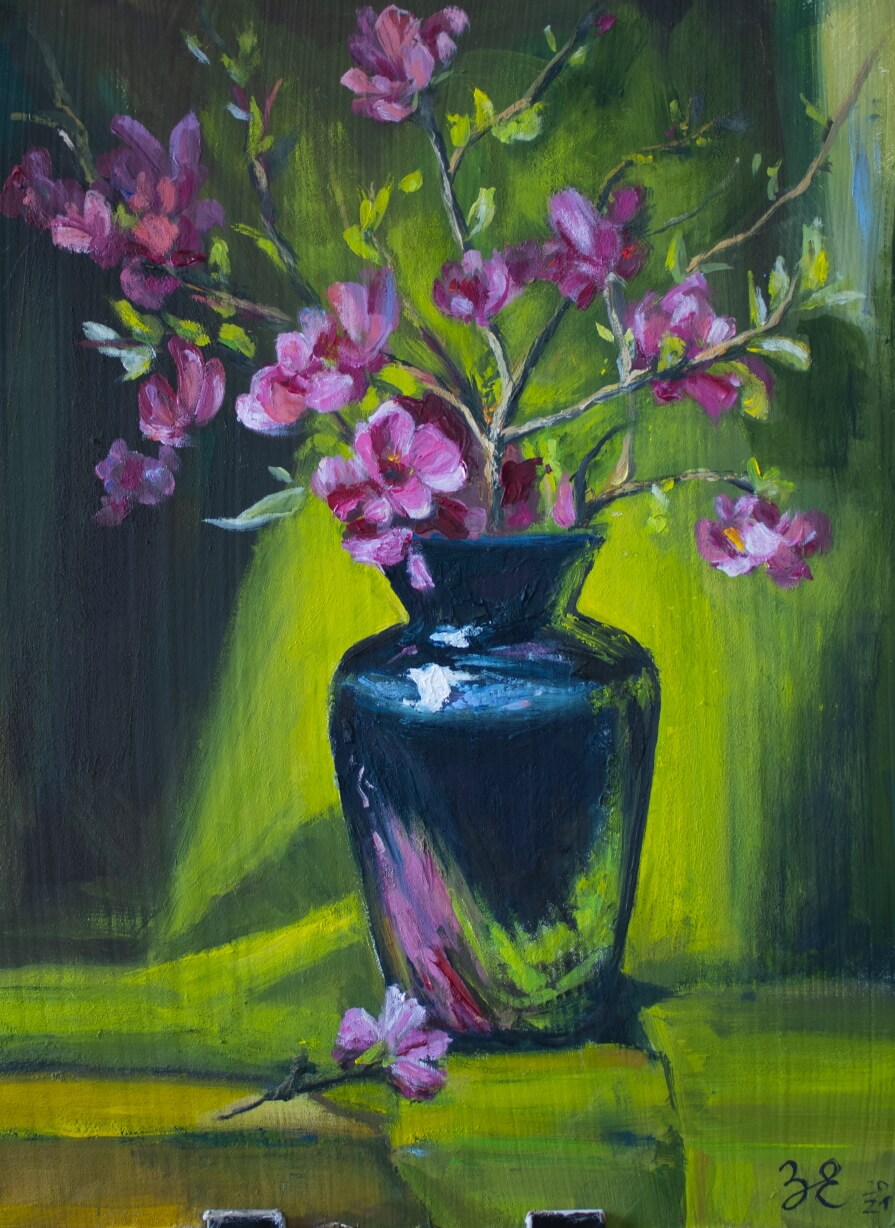 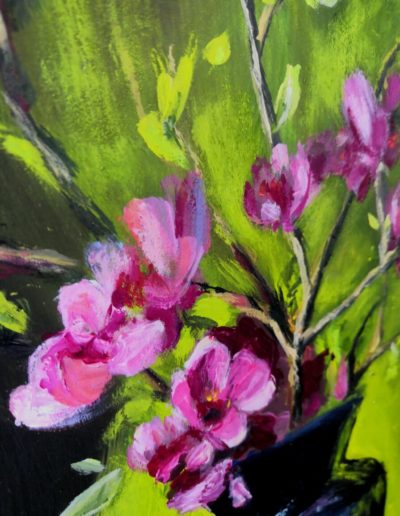 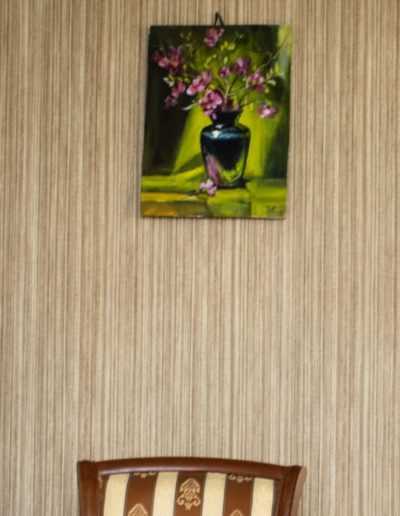 Still life with wild rosemary was painted by the artist with the inspiration of the coming spring, its aromas, flowers and hopes for an early summer. The picture just breathes with the aroma of primroses and the first pleasant days. Wild rosemary belongs to the heather family. Western researchers began to include it in the genus rhododendron, but in Siberia this statement is not yet supported, although in the Far East many people call the rosemary Rhododendron Daurian. Despite the fact that this plant is very poisonous, it is often used in traditional medicine. Handmade oil painting.
The miracle of the Far Eastern nature glorified by poets, after the gray winter colors, blooms with a surprisingly delicate lilac-pink color on the Primorsk hills in early spring. Primorsky primrose — pointed rhododendron, which we call «wild rosemary». It is no coincidence that it was he who became the symbol of the Far Eastern spring.
Rhododendron in translation «rose tree», according to the classification of plants, it is not wild rosemary at all, but the name has stuck among the people and they do not call it otherwise, with the exception of specialists.
In Russia, it can be found only in the Siberian taiga, on the hills of southern Primorye, it can also be found in Korea, Japan and southeast China. Like the Amur tiger, it has become a natural symbol of the city of Vladivostok, and, like the tiger, is listed in the Red Book.

Many people know that wild rosemary is also an unofficial symbol of Transbaikalia. Its official name is Daurian rhododendron, and the folk name is wild rosemary. This word refers to shops, eateries, festivals and sports complexes. Bagulov flowers adorn the sides of planes, the decor of the Trans-Baikal Film Festival and thousands of Internet pages. However, this is not enough to make the modest shrub that explodes the hills of the region in the spring even more popular.