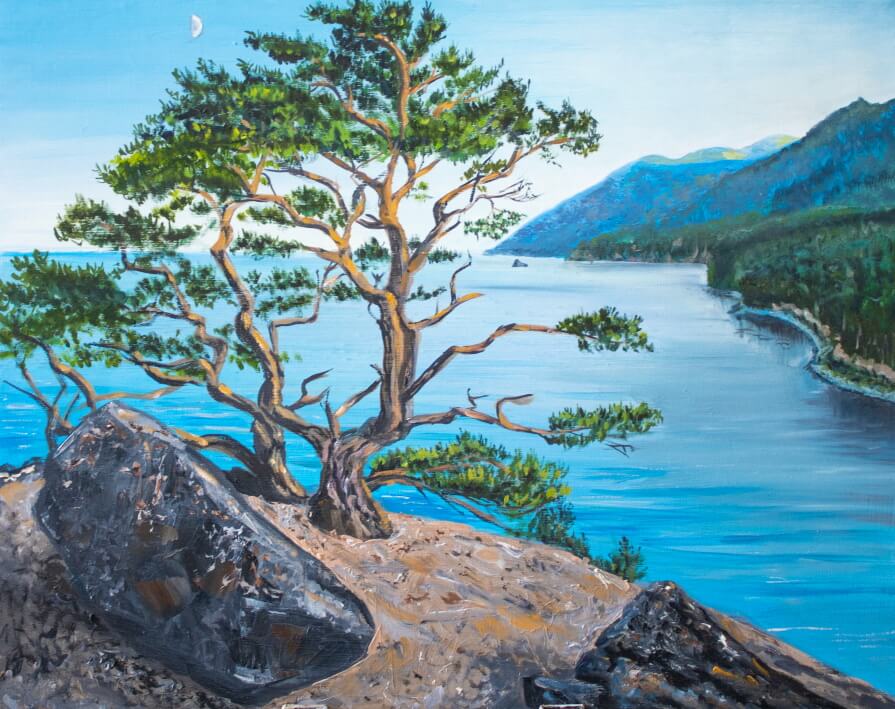 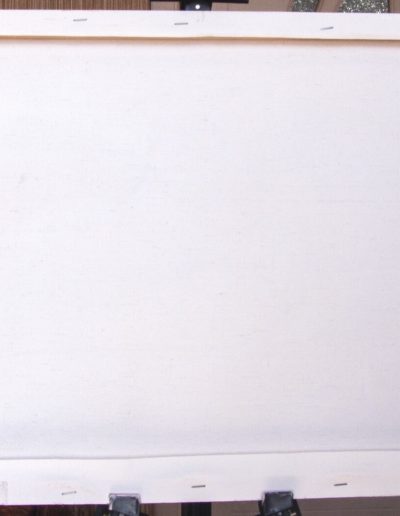 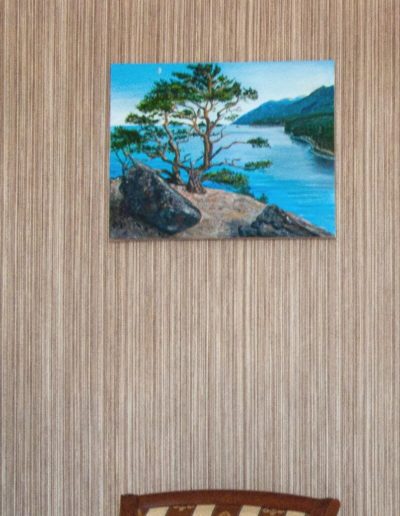 Peschanaya Bay is the most famous bay of Lake Baikal, located on its southwestern coast at the foot of the Primorsky Ridge. This is a section of the lake that goes deep into the land. Sandy has an entrance width of about 950 meters and is separated by two capes Maly and Bolshoy Kolokolnye. The lands adjacent to the bay are an integral part of the territories of the Pribaikalsky National Park. Many who have been there say that this is a heavenly place. And, indeed, it is difficult to disagree with such a statement. Handmade oil painting.

Eastern Siberia has never been famous for its resort climate, but since such a solid water column of Lake Baikal cannot but possess a huge heat capacity and store the heat accumulated in July, Peschanaya Bay remains suitable for a beach holiday for almost the entire August. This place is simply unique for Siberia with its harsh climate. Well, the name of the bay itself suggests that the beaches here are the best for families with children, that is, they are completely covered with fine sand. Stilted trees, striking in their unusual appearance, adjoin them. But this is not tropical vegetation, behind which a similar feature is «noticed», but larch and pine trees familiar to Russia. Wind and water gradually «wash» the soil from under the roots of these coniferous giants, so they get «stilts». The spectacle turns out to be extraordinary.

The shores of Lake Baikal and rocky landscapes are inseparable. Peschanaya Bay is no exception. here you can see two rocks resembling pyramids. They are called the Big Bell Tower and the Small Bell Tower. It is they who are «responsible» for the formation of a favorable microclimate in the bay, as they close Sandy from all winds. They themselves break off into the waters of the great lake, and there is no beach near them. But along the entire bay, it stretches as much as 750 meters. Its width in some places reaches 20 meters. The Small Bell Tower is distinguished by the fact that it has a through grotto where you can even sail by boat. The Great Bell Tower was once famous for its lighthouse, which no longer exists. It was the first lighthouse on the lake. Surprisingly, it is impossible to climb this rock without climbing equipment and skills. Nevertheless, the lighthouse somehow worked and showed the way to the ships.