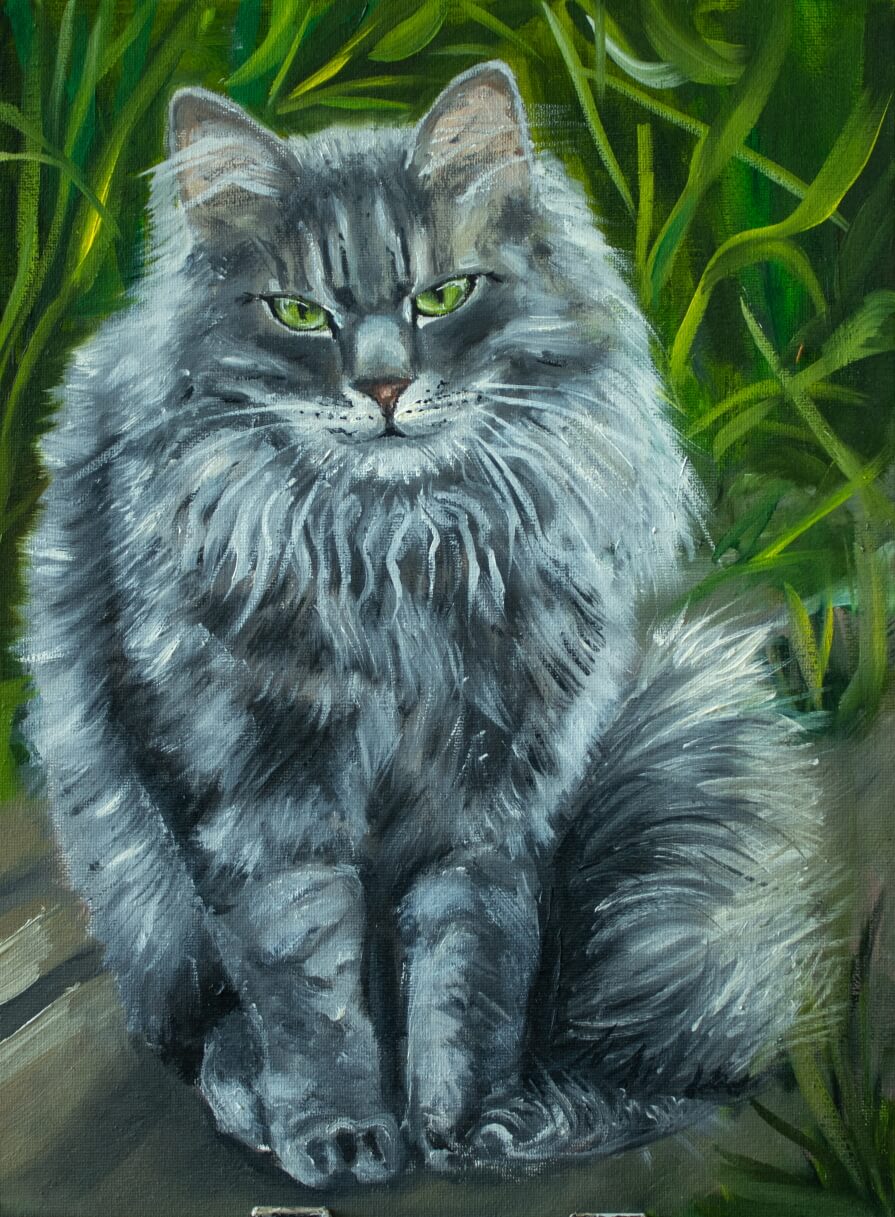 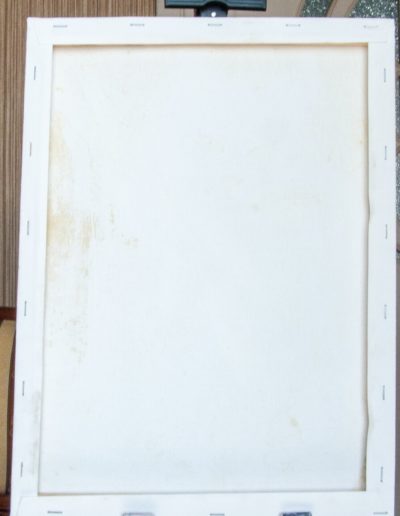 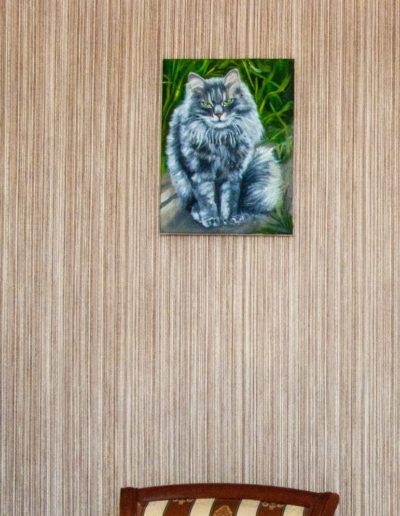 My cat Atos — the picture was written in memory of my beloved cat Atos. Oil painting made from a photograph. It was a real Siberian cat. Very sweet and affectionate. When we moved to a separate house, he began to walk a lot in the yard. An interesting new life began for him. He became more collected, faster. And one day when strange dogs ran into the yard, he rushed to fight with them. He was able to chase them away, but after a few hours he died. His small but brave heart could not stand it …
Siberian cat — the most popular breed in Russia, endowed with countless advantages, the main of which are luxurious appearance, great character, intelligence and devotion. Siberian cats, as My cat Atos — beautiful and respectable, with magnificent thick hair, have long won popular love, having managed to demonstrate their best qualities in communicating with people. Confidence and strength are hidden behind their external calmness, while they are delicate, empathetic and balanced. These cats combine power and grace, tenderness and independence, playfulness and self-esteem.

However, whoever the ancestors of domestic cats from the Siberian regions were, their genes were not originally a fundamental link in the breeding of a standardized breed, which began in 1986. During the formation of the breeding nucleus, and this took place mainly in Moscow and St. Petersburg, breeders mainly selected for breeding the largest and most fluffy domestic cats of the «Siberian type» from those that the townspeople brought them to determine the breed. My cat Atos -no one went on an expedition to the remote taiga villages of Siberia in search of «true Siberians» at that time, and only a few animals brought from the Trans-Ural regions of Russia were registered in the felinological clubs of both capitals. Then there were even proposals to give the breed the name «Moscow». Handmade oil painting.

Later, representatives of felines from Siberia and the Far East began to be actively involved in breeding work. They were a rather variegated exterior group: cats from Krasnoyarsk, Novosibirsk, Kemerovo were distinguished by a specific fine texture of wool, animals of Far Eastern origin were distinguished by a large size, massive skeleton, a heavy head, and long hair of a rough texture. In a word, the variety of cats of the «Siberian type» made the breeding work of breeding an original, truly Russian breed, very painstaking and difficult.

In 1991, the World Cat Federation (WCF) adopted the Siberian cat breed standard, developed by the reputable felinologist Olga Mironova. He was approved as a worker. Three years later, the organization recognized the standard as official.

In 1996, the breed was recognized by the American organization TICA, and a year later Russian breeders achieved recognition of the Siberian breed by another prestigious felinological federation — FIFe.

Today in Russia there are several well-known centers where Siberian cats are bred. The main ones are located in Moscow and St. Petersburg, but such cities as Saratov, Krasnoyarsk, Kirov, Petrozavodsk, Yekaterinburg, Kursk have already joined them, there are also more than a hundred clubs in different regions of the country. We can say that the first truly Russian breed of cats was formed, but breeders do not stop in their work to consolidate the type of breed, paying special attention to the preservation of the large size of the animal and its massiveness, as well as the quality of color. One of the colors of the Siberian cat, called «Neva Masquerade», has been identified by Russian and some international felinological organizations as a separate breed.