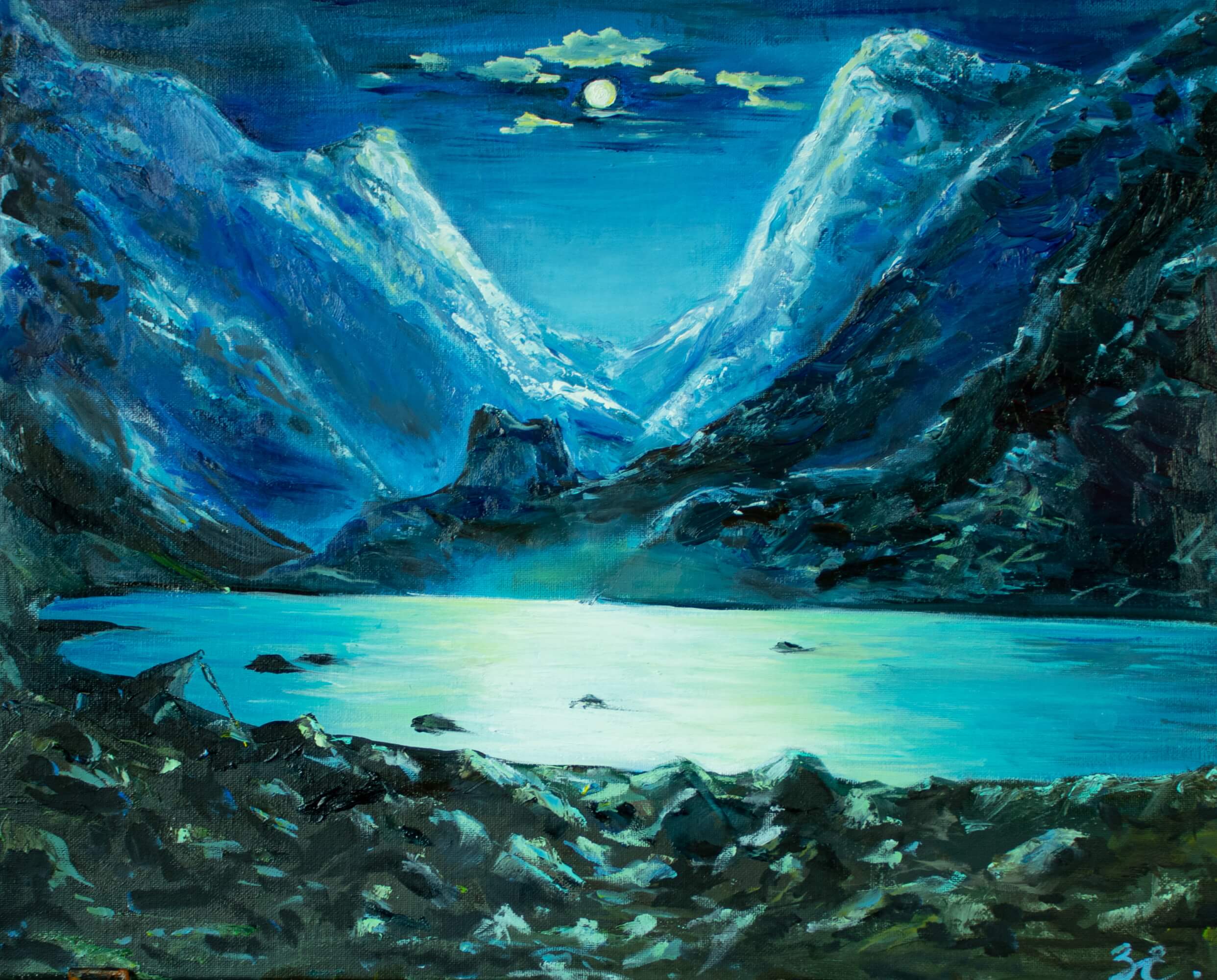 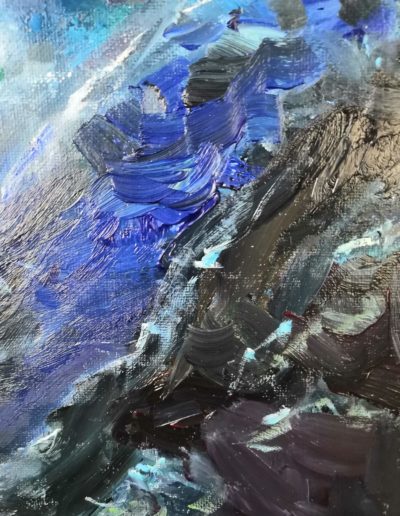 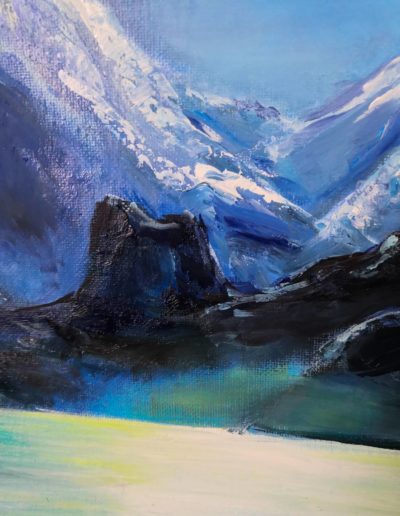 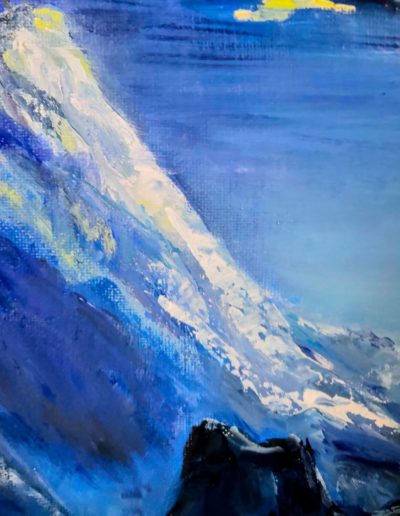 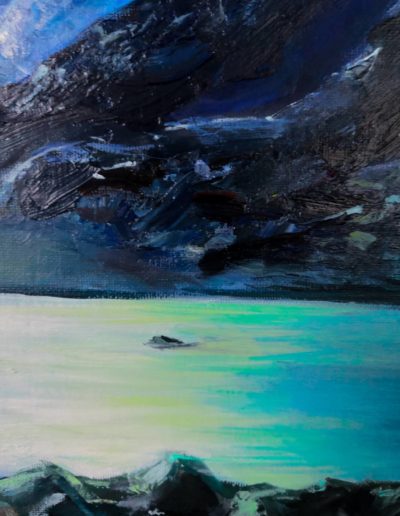 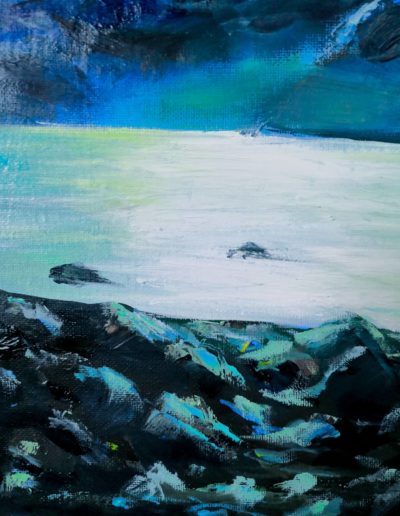 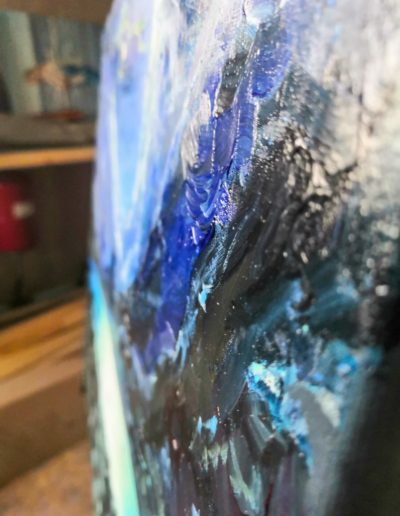 Moon light — oil painting, written in the Quinji style, conveys the incredible atmosphere of a mountain lake at night. The moon illuminates the unearthly and unreal landscape of a natural wonder. It glows so strongly on the canvas that it seems to be a real source of light. Moon light illuminates a wide lunar road across the surface of a mountain lake. Especially this picture is liked by men.
Handmade oil painting

See other paintings by Evgenia Zragevskaya here: Peonies in a pearl vase

There are many varieties of landscape genre in art, but night landscapes deserve special attention. The talented painter Arkhip Kuindzhi is considered to be the founder of «landscapes under the moon». One of his most famous works is «Moonlight Night on the Dnieper». Due to the realistic landscape artist was accused of a deal with the devil during his lifetime. But his secret was that in his works he used bituminous paints, which after drying became dull, and after that the painter added aluminum and bronze powder to the canvas, giving the picture a subtle shine.

In Kuindzhi’s work «Night on the Dnieper», one cannot fail to note the careful work on the details of the moon light. The artist achieved a shimmering and vibrating lunar reflection on the water by applying thin dark strokes on the silvery surface of the Dnieper. Thanks to the glow of the moon light, coastal stones, a mill, clouds and thickets of grasses become more visible. Due to the masterful combination of cold shades of water and warm earth tones, Kuindzhi’s night landscape looks voluminous. The artist admired many things in nature, and he devoted a special place in his work to the Caucasus mountains, which look especially magnificent in the light of the moon, for example, in the painting “Darial Gorge. Moonlight night». The color palette of his work is presented in yellow, dark blue, dark green and gray shades.