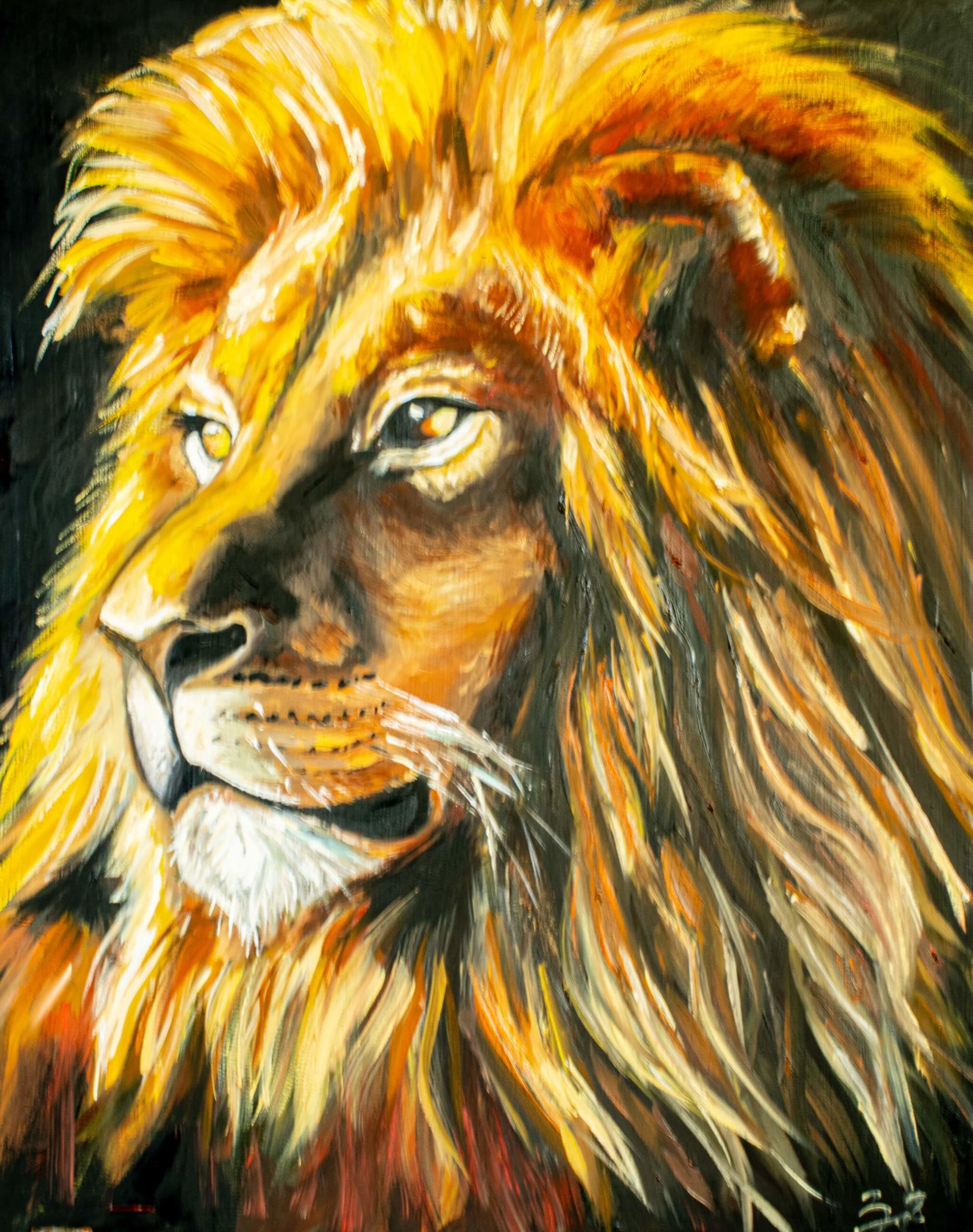 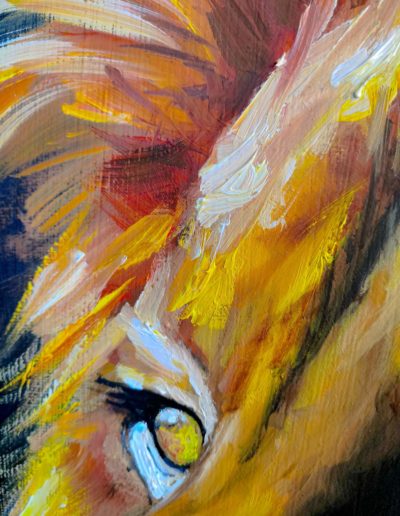 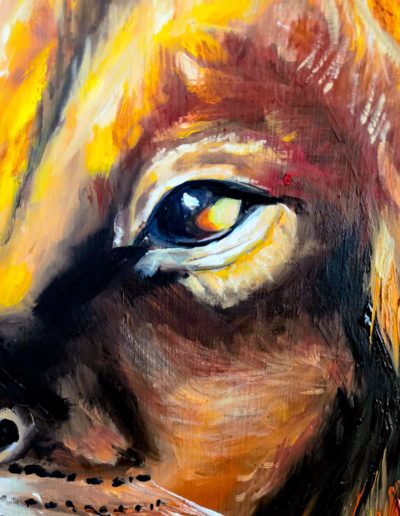 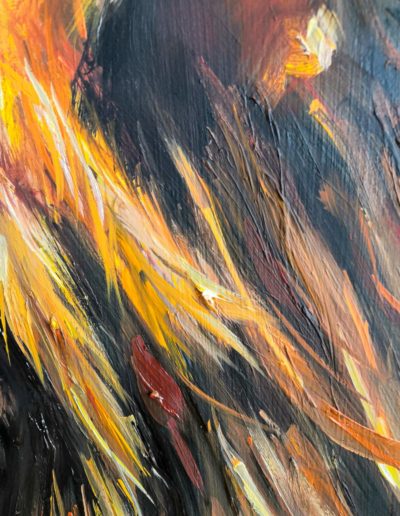 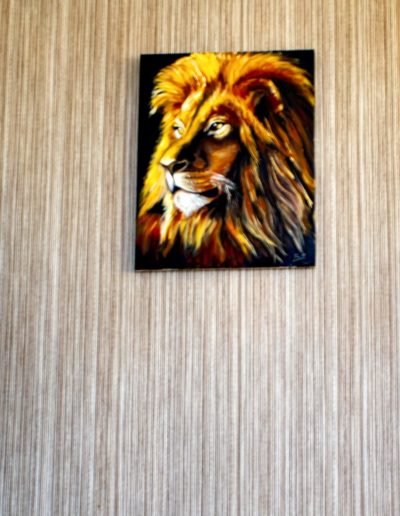 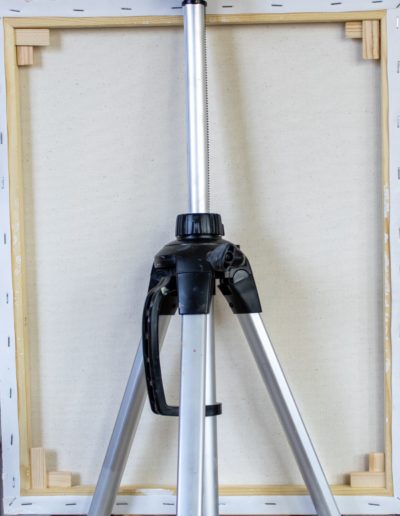 King of beasts — Lion — is an oil painting depicting the inner calm world of this animal and its formidable appearance. That king of beasts has practically no enemies in nature. He easily gets his own food in the shroud. And when the weakness of old age comes or a serious injury occurs, it easily leaves this world. Handmade oil painting.
In wildlife, this predator has worthy competitors: elephants, rhinos, tigers. But when obtaining this «status», not only physical qualities were taken into account, but also the so-called «charisma». When you look at this animal, admiration involuntarily arises, because the giant «cat» consists of molded muscles rolling under the velvet skin, and the head is crowned with a luxurious mane-crown. This can not boast of any representative of the cat family. The behavior of the king of beasts is also impressive. If you observe a tiger in a zoo, then it is usually in constant motion, moving in an aviary and casting a devastating look at people. Whereas lion usually slumbers, not paying attention to the «subjects» scurrying around: he considers it beneath his own «royal» dignity.

See other paintings by Evgenia Zragevskaya here: Bouquet of lilies and cornflowers

This is another important moment, because of which the lion is called the king of beasts. The way of life of the pride is quite original. This way of organizing coexistence is observed only in lions. The male leads the pride, protects lion cubs and females and guards the borders of his territory.
Despite the fact that in such a family only females usually hunt, the head is the first to start the meal. And this is fixed in the minds of cats already at the level of instincts, for a well-fed leader is a good leader. For disobedience to the head of the pride, severe punishment follows, up to exile. Usually the term of «reign» does not exceed three years. After that, the king is pushed from the «throne» by a younger and stronger rival. By the way, unlike small felines, he does not purr, but announces the surroundings with a formidable roar.