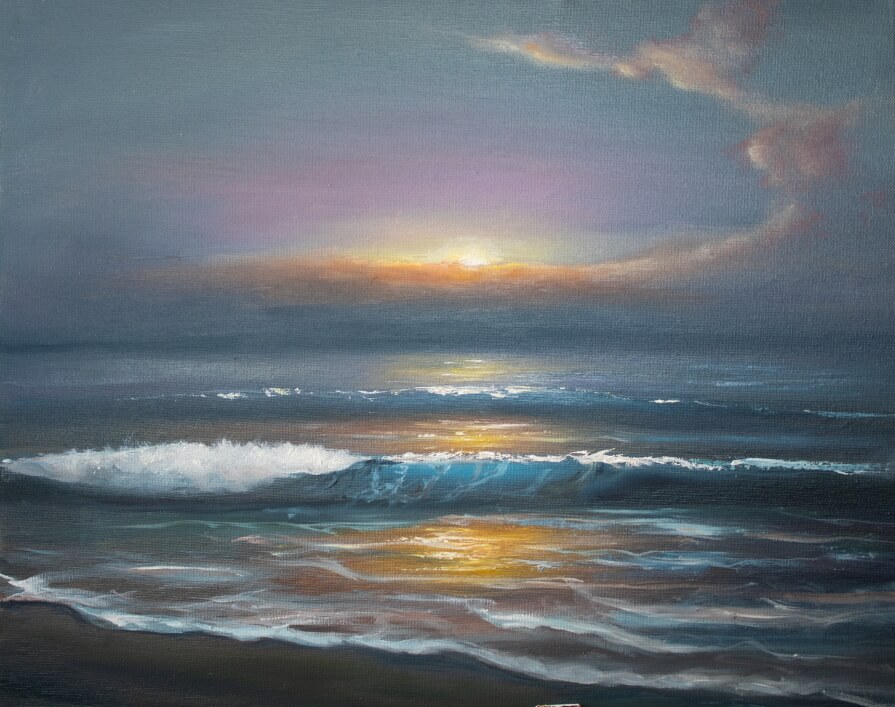 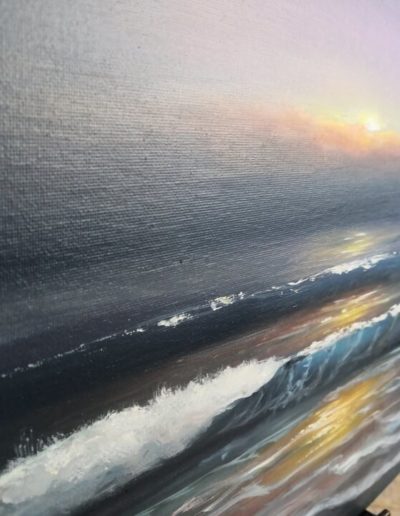 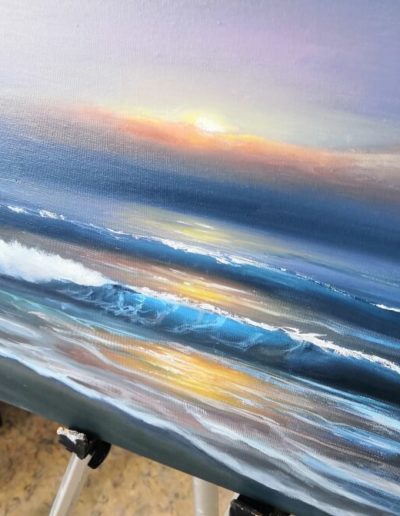 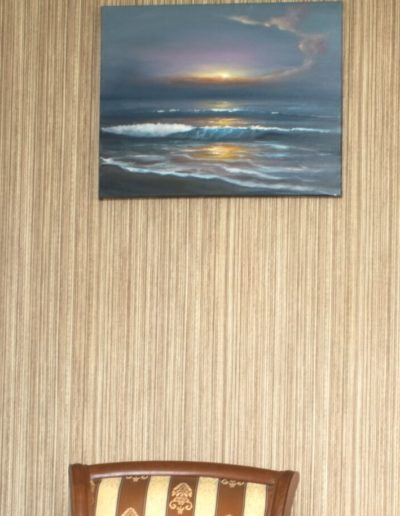 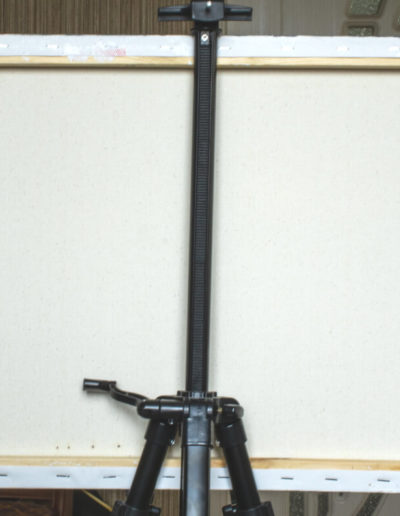 Evening sea was created under the impression of the beauty and atmosphere of the moment of sunset on the sea. The sea symbolizes space, endlessness and, as a result, infinity. The sea is so huge that the shores are not visible, it is not known what is beyond the horizon. The sea promises hope for a better life, but nothing promises. The sea is a symbol of freedom, which cannot be truly used, since it dictates its own rules, sometimes not announcing them in advance, but simply putting them before the fact. The path is wide and open on one side, but it is full of dangers and risks, since there is no way to rely on your feet, which are firmly on the ground. Here, in many ways, one has to surrender to the will of the elements, and the sea is a powerful, changeable element, easily crushing courageous seekers. Handmade oil painting.

The mysterious sea has always attracted people. The symbolism of the sea, indicating other worlds, stems from the unknown about what is beyond the horizon. Very often, upon reaching other shores of the sea, sailors found other peoples that differed from them both in appearance, culture, and mentality. Because of this, the word «overseas», which has the same root with the sea, is firmly associated with other worlds, where everything is different than in their native places.
The sea never stands still. Even if it is calm, underwater currents still flow, they still slightly splash and roll waves, eating the footprints in the sand. The sea is a symbol of constant dynamic movement, as well as a symbol of transient life, change and lack of stability and, in some cases, betrayal.
The sea is a symbol of the keeper of deep secrets and secrets, intuition, emotions, feelings, mental perception and subconsciousness. The sea stores in itself all the events of bygone times from the moment of the birth of life. Diving into the sea means looking for answers to exciting questions, revealing secrets, looking for truth, trusting yourself and your intuition.
Surf waves indicate emotional chaos, that emotions and feelings have completely overwhelmed a person. Also, being overwhelmed by feelings can symbolize an influx. An impending wave may indicate that feelings are completely out of control, and a person is ready to unleash them on others. This is not always a bad thing: sometimes it takes a lot of excitement to get rid of the old. But it is always worth remembering that water is a very powerful element, and to destroy is not to build. A sea wave means an emotional uplift of very great strength.