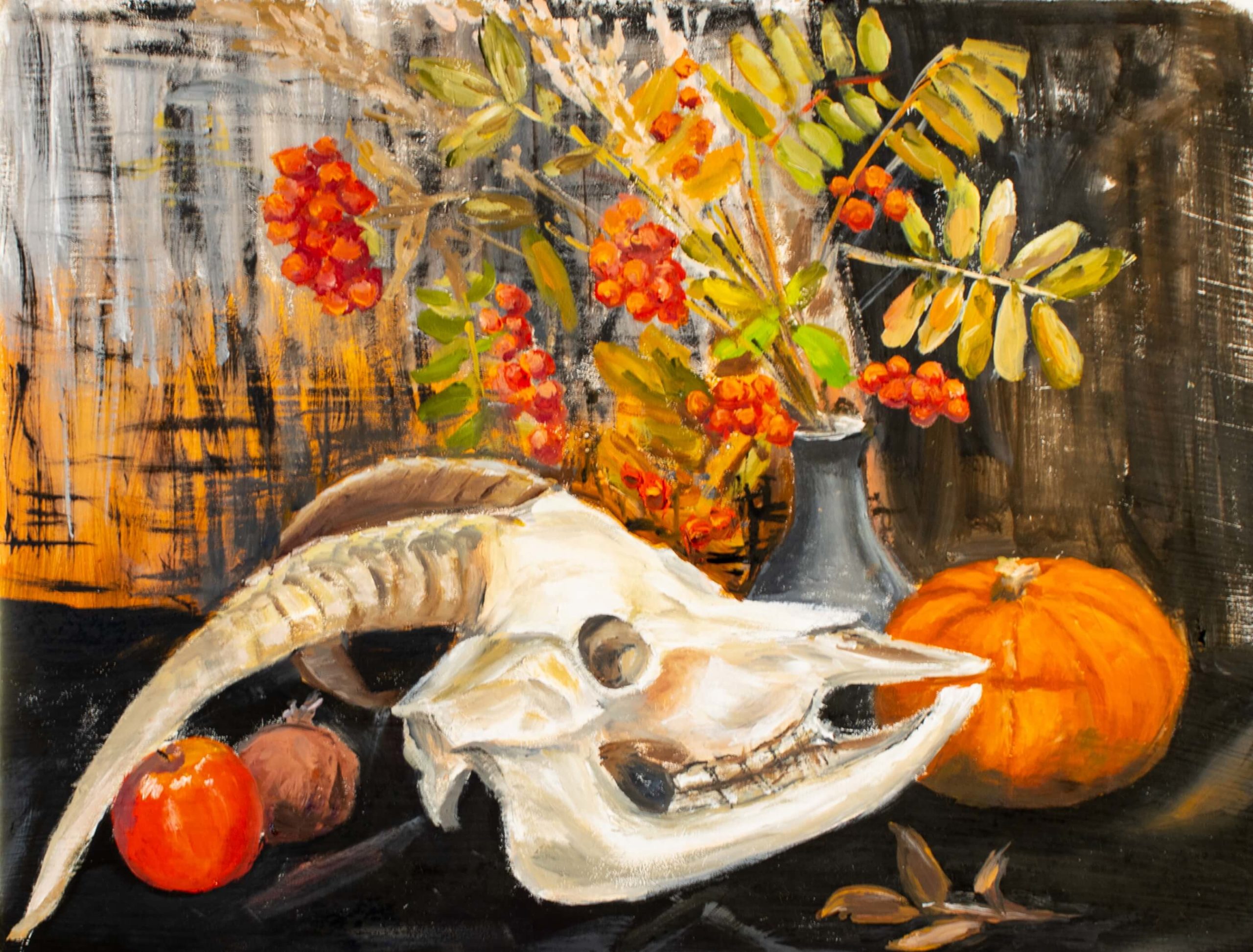 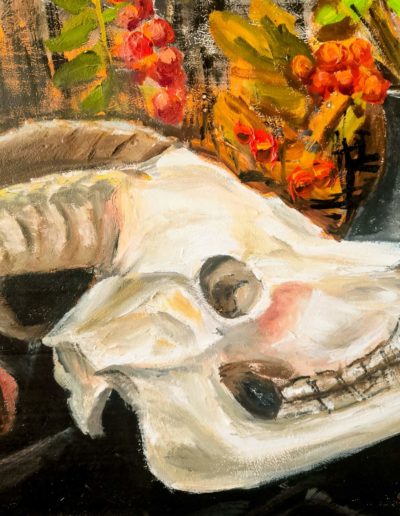 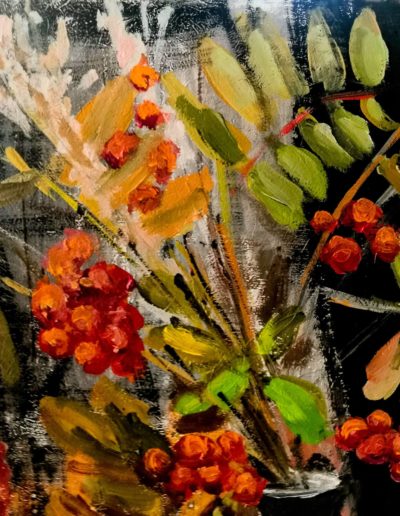 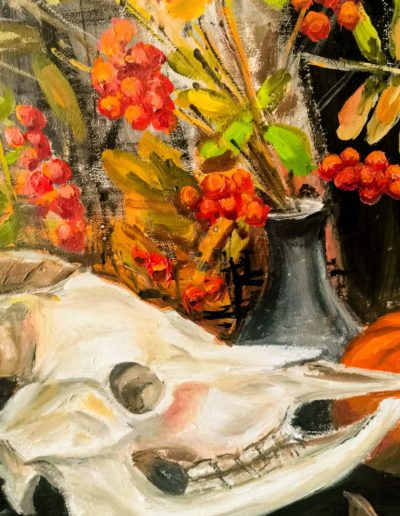 Dead nature of Halloween — still life on the theme of Halloween, a holiday that is popular all over the world. The artist took part in such a carnival in Europe several years ago and was very surprised by the cheerfulness and joy of this holiday. In Eastern Europe, this holiday did not gain popularity due to its pagan attributes.
Handmade oil painting.

See other paintings by Evgenia Zragevskaya here: Venice in the moonlight

Halloween is a holiday dating back more than one hundred years. Its history is rich and interesting enough. Originally an exclusively pagan holiday, over time, it absorbed elements of Christian traditions. Born as an agricultural holiday, Halloween is today known as the night that opens doors to the underworld.
The story of Halloween begins in the British Isles among the Irish and Scots. Its prototype was the Celtic pagan festival of Samhain, the name of which comes from the Old Irish word Samhain. The latter, in turn, meant «the end of summer.» By the way, today in the Irish language this is the name of the month of November.
Initially, the celebration lasted for seven days. The very day of Samhain itself (October 31), as well as three days before and after it. Description of Samhain is found in Old Irish literature since the 10th century.
Initially, the holiday had an agricultural and seasonal significance. It was at this time that one agricultural period ended, after which preparations began for the next.