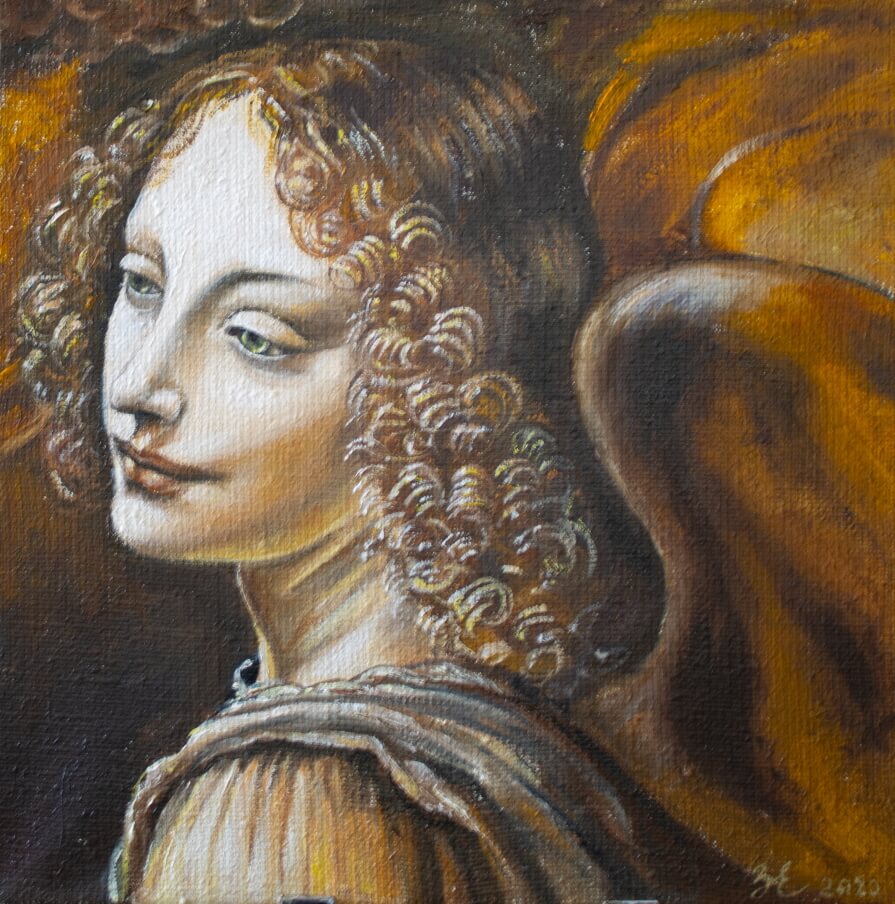 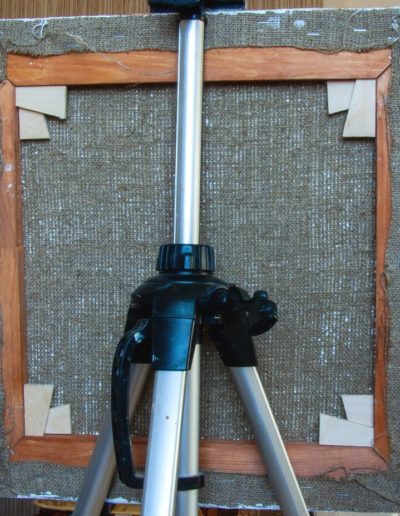 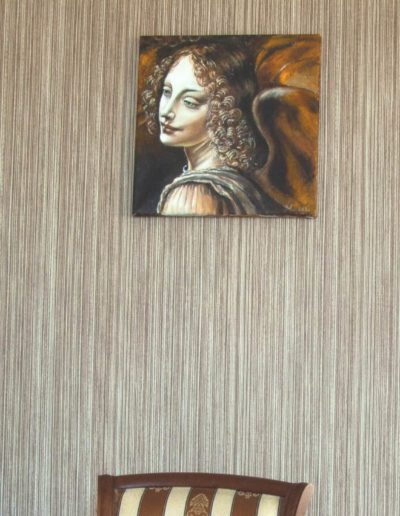 Da Vinci Angel was painted under a huge influence on the artist of da Vinci’s canvas — Madonna in the grotto. Warm light and incredible atmosphere of the picture plunge the viewer into a special world of high inspiring spirituality. Da Vinci’s angel is special because the young master used special oil colors. Instead of tempera, which is used to paint most of the «Baptism of Christ», da Vinci used oil paints, they made it possible to paint halftones, the famous «haze» -sfumato, which later became Leonardo’s calling card. Leonardo da Vinci (April 15, 1452 — May 2, 1519) was a famous Italian Renaissance architect, musician, inventor, engineer, sculptor and artist of genius. He has been described as the archetype of «Renaissance man» and universal genius. Leonardo is widely known for his unique paintings such as Mona Lisa and The Last Supper. He is also famous for his many inventions. In addition, he helped in the development of anatomy, astronomy and urban planning. Handmade oil painting.

See other paintings by Evgenia Zragevskaya here: Morning on a yacht

During the Renaissance there were many brilliant sculptors, painters, musicians, inventors. Leonardo da Vinci stands out strongly against their background. He created musical instruments, he owns many engineering inventions, wrote paintings, sculptures and much more.
His external data are also striking: tall, angelic appearance and extraordinary strength. Let’s get acquainted with the genius of Leonardo da Vinci, a short biography will tell his main achievements.
He was born near Florence in the small town of Vinci. Leonardo da Vinci was the illegitimate son of a famous and wealthy notary. His mother is an ordinary peasant woman. Since his father had no other children, at the age of 4 he took little Leonardo to him. The boy showed an extraordinary intelligence and affable character from an early age, and he quickly became a favorite in the family.
To understand how the genius of Leonardo da Vinci developed, a short biography can be presented as follows:
At the age of 14, he entered the Verrocchio workshop, where he studied drawing and sculpture. In 1480 he moved to Milan, where he founded the Academy of Arts. In 1499 he leaves Milan and begins to move from city to city, where he builds defensive structures. In the same period, his famous rivalry with Michelangelo begins. Since 1513 he has been working in Rome. Under Francis I, he became a court sage. Leonardo died in 1519. As he believed, nothing that he started was completed to the end.