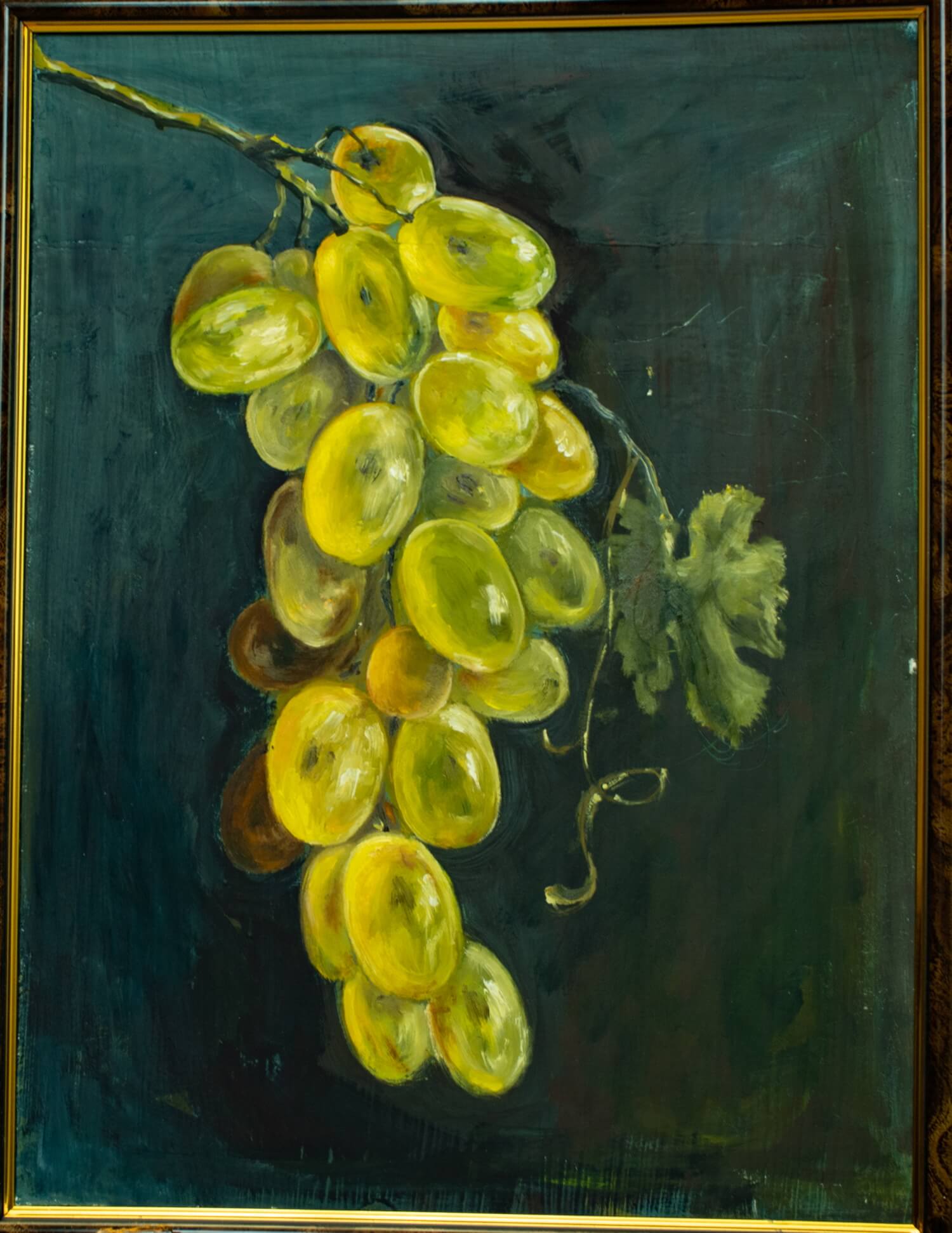 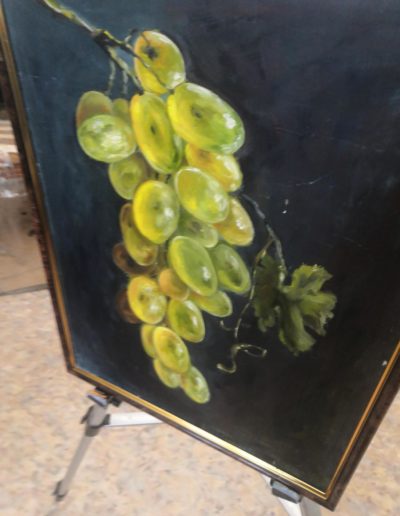 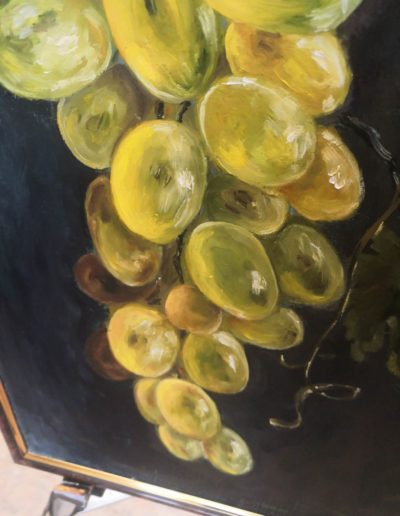 Bunch of grapes against a dark background takes us to the field of the struggle of light and shadow, the masculine and feminine, the struggle of opposites. The painting, executed in the style of the Renaissance, invites us to see the beauty in a hard-to-combine unity. The grapes are glowing with an inner light without being confused by the surrounding darkness. This light will never go out. Until we forget how to see the beautiful in the familiar.

The amount of light matters, especially in the so-called tonal painting, where objects and objects are painted in three dimensions and their form in space looks traditionally realistic. Let’s analyze how the objects of the surrounding world look after sunset at dusk or at night. Do you remember? Now imagine how they look on a bright sunny afternoon.
In either case, the shape and volume of objects are poorly distinguishable: due to the lack of light and because of its excess. The abundance of light, as well as its lack, destroys volume, shape, and sometimes space, while creating a special emotional mood. Handmade oil painting. This was actively used by artists of the late 19th and early 20th centuries, trying to capture in their paintings the special elusiveness of being (Korovin, Vrubel).
A large amount of light in nature brightens the colors, reduces the number of own and falling shadows, reduces the contrast in painting towards lightness. Such a state gives a bright southern summer sun, when the light is distributed in a powerful stream over objects from top to bottom.
A small amount of light in a production deprives it not only of volume and shape, but also of color (saturation). The complete absence of light — darkness — kills everything visible. Accordingly, the less brightly illuminated the model, the less visible characteristics (silhouette, volume, details, character, etc.) in it. Therefore, dark twilight and night images are rarely found in realistic painting.
Reasonable combination of lighting intensity and darkness in nature brings out its maximum possible features. The combination of illuminated areas with shadow (own and falling shadows), habitual for the perception of the human eye, creates a complete illusion of realism, the truth of life.